The New Waverly development in Edinburgh is an imaginative and inspiring £150m regeneration scheme, which has transformed Edinburgh’s Old Town. It was completed as part of the first New Waverley development phase, which also included two Whitbread Hotels, The Premier Inn and Hub by Premier Inn, which opened in January 2016 and the Adagio Aparthotel, which is only the 3rd of the brand in the UK.

Due to the location in one of the UK’s most historic and highly sensitive World Heritage Site of Edinburgh’s Old Town, the New Waverley is one of the UK’s most famous City Centre developments. It has been delivered by Artisan Real Estate Investors and design and build contractor McAleer & Rushe. In 2017 it won Scotland’s most prestigious accolade; Best Regeneration Project at The Royal Instituted of Chartered Surveyors annual Scottish awards.

Over the last year, New Waverly has become an established district within the city’s historic Old Town and has delivered a high-profile place-making campaign designed to create interest and excitement about the area. It has included launching the UK’s largest poem on the side of the new Adagio aparthotel building on the Royal Mile, as well as the area hosting a range of exciting events such as food markets, art installations and light shows.

The New Waverly on the Royal Mile is one of Scotland’s best known world-heritage zones on which the Royal family travel from Edinburgh Castle to Holyrood Palace. Sitting in the far South of the site and elevated 12-14m above Calton Road to the North, the site enjoys spectacular views over Calton Hill to the South, Leith and docks to the East and Arthur’s Seat to the North.

The 6-storey building comprises 146 apart-hotel rooms with separate kitchen facilities as well as five commercial units that line the New Lane, now known as Sibbald Walk, which leads into the new public plaza.

The development is located on a busy street opposite both the local council and commercial offices, which presented challenges. However, with regular communication with both businesses and residents helped with the logistics of completing this development.

Another challenge was that the building structure changed from a timber frame to reinforced concrete, achieved through a detailed fast-track design process involving McAleer & Rushe, our Structural Engineer and Architect.

This cutting edge, innovative development is a cultural quarter in the heart of Edinburgh and involved the demolition of existing City of Edinburgh Council shed buildings.

The Hub by Premier Inn features 121 bedrooms and is the first Hub location outside of London. It will sit next to the 127 bedrooms, 6-storey Premier Inn as a combined £18 million contract with entrances on East Market Street and Cranston Street. 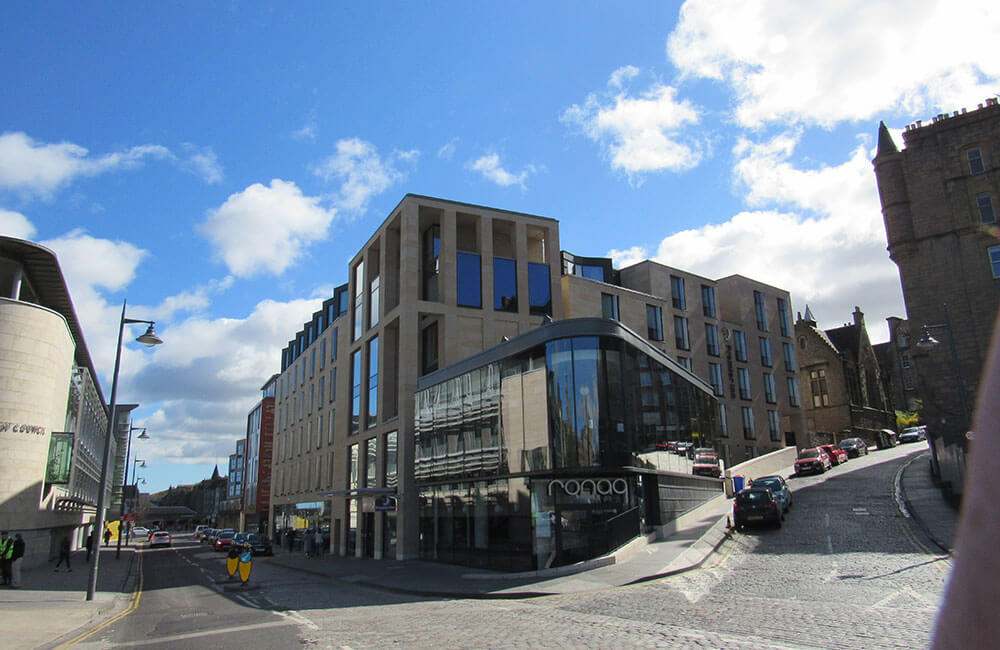 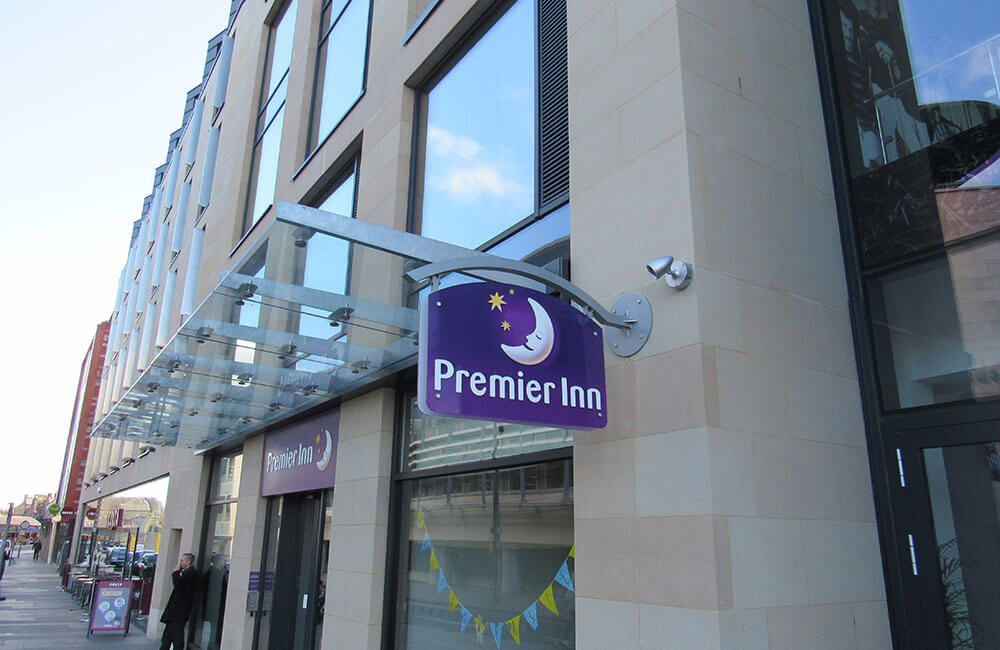 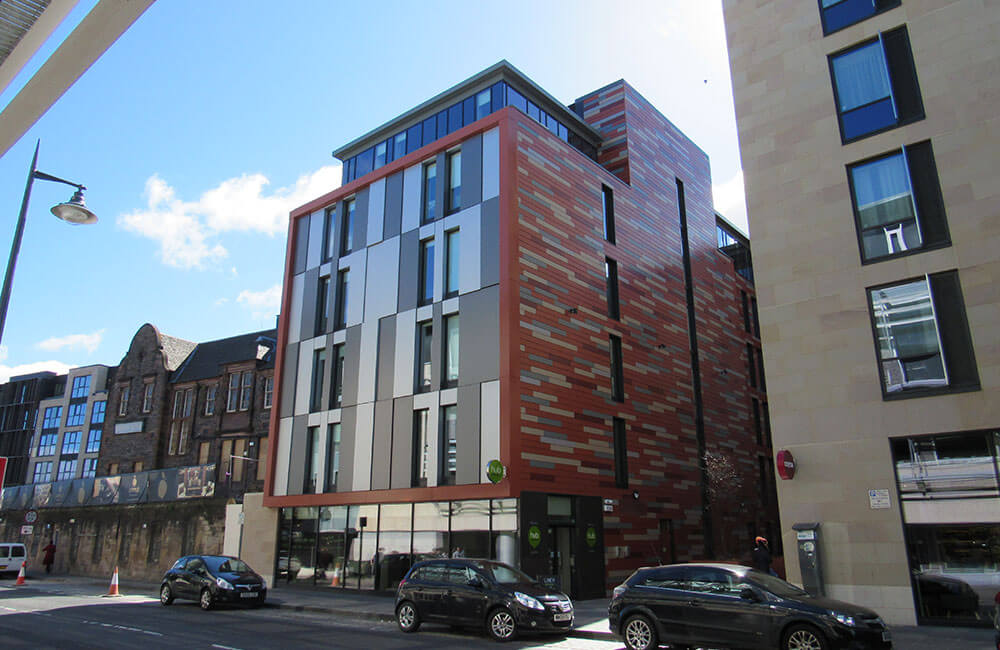 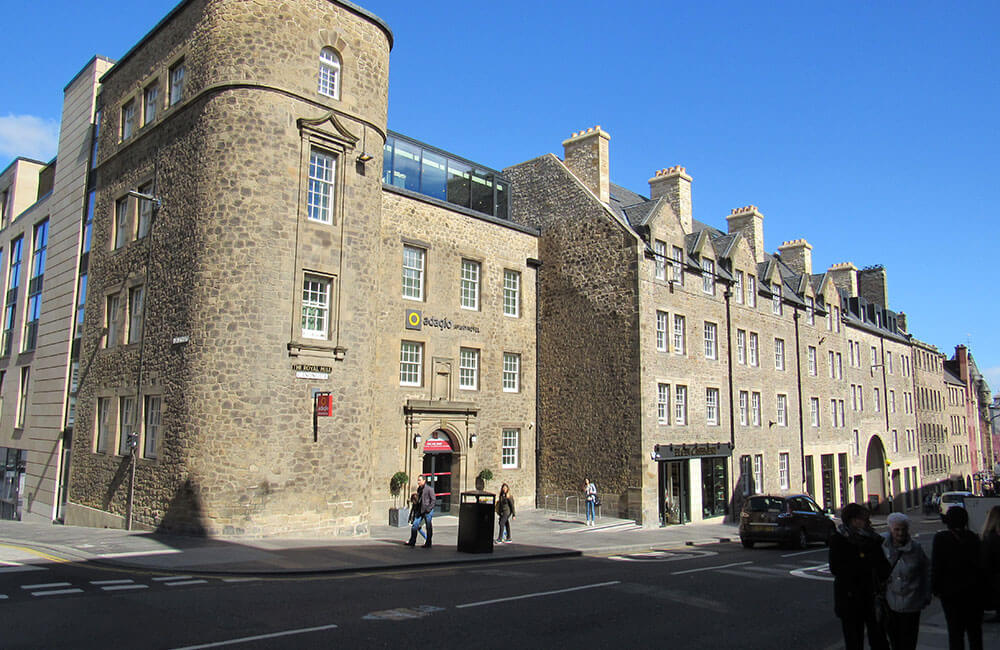 Website & Marketing by Webdesiro | Company registered in the UK and Scotland NO: SC271220. All rights reserved.